Tim Murari
Visit my website: www.timerimurari.com My new novel, THE TALIBAN CRICKET CLUB, is set in Afghanistan 2000. Ecco Press, New York, and HarperCollins Canada will publish it in July 2012. Allen & Unwin publish it in the UK and Australia August 2012. So far, foreign rights sold to Cargo, Netherlands and Juitrzen, Norway. It's a must read novel about a woman, the Taliban and cricket. I’ve written 17 books which have been translated into several languages. Twelve are works of fiction, including the best seller TAJ that was translated into 14 languages. Penguin published my new non-fiction work LIMPING TO THE CENTRE OF THE WORLD about my trek to Mount Kailas. I also wrote a young adult novel, CHILDREN OF THE ENCHANTED JUNGLE published by Scholastic. I wrote and produced the Award winning film THE SQUARE CIRCLE. TIME magazine voted it ‘one of the ten best films of the year’. In 1999, I adapted and directed it as a stage play for the Leicester Haymarket Theatre, an exciting experience. Parminder K. Nagra of ‘Bend it Like Beckham’ fame played the main lead. 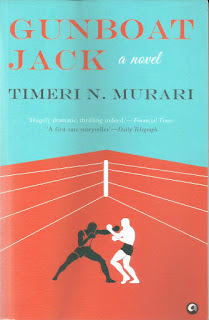 Situated in the literary landscape that encompasses E.M. Forster's Passage to India, this brilliant magical novel is about the clash of two cultures - ancient India and modern West - carried out in an epic struggle that is at once part mythic, heroic past and the everyday present.
At the book's centre if Nicky, the young Prince of Tandhapur, on the edge of manhood, torn between his roots as an Indian aristocrat and his western education, passionately devoted to his family's pride, power and dignity in an India that is fast abolishing the role of rajahs.
Nicky's father has allowed the control of his family, its fortune. The great palace itself with its splendours and Victorian opulence, to pass into the hands of his English advisor and mistress, Miss Hobbs. A woman of singular determination and boundless ambition, she has cut the Rajah off from his own children, even from the old Rani; from everyone in fact, except Nicky, who sets out to regain his heritage and defeat the invader.
But the time is 1952, not 1542, Nicky's ally is not a Mongol prince but a stranded American boxer. His test of courage is not a duel with jewelled swords but a boxing match with Miss Hobbs's son, a match which gradually comes to signify all the tensions and conflicts of India and of the family, embracing the Rajah himself, his bullying mistress, the young princess who has to choose between a western education and an arranged marriage, the fate if the American boxer, who is in love with an Anglo-Indian girl, and above all the future of Nicky himself.
Filled with rich, sensuous, potent scenes and images, fast paced, deeply moving, romantic and gripping, Field of Honour is a major work of fiction.


Graham Greene 'I was very much impressed.’
-Hugely dramatic, thrilling indeed. FINANCIAL TIMES.
-Murari can set an exotic scene, enrich it with romantic intrigue, and power it with a dramatic climax. A good novel about man's basic struggle against society, his fellow man and himself. For readers who want suspense with sustenance- LIBRARY JOURNAL.
-A first rate story-teller makes the most of the incongruity of circumstances. -DAILY TELEGRAPH.
-A backwater setting with fascinating characters is brought to life here by skilful, good old-fashioned story telling. PUBLISHERS WEEKLY.
-Timeri Murari's FIELD OF HONOUR, starts at a disarming level. However, some 70 pages into the story, it quickly acquires grip and subtlety. Murari's use of language is accurate and skilled, and his story is satisfyingly well told. TIMES EDUCATIONAL SUPPLEMENT.
-There are insightful observations, like the author's delicate delineation of the position of the English in the twilight zone of postpartition India or the small details of life in the rajah's household he provides. ASIAN WALL STREET JOURNAL
- He focuses on two groups of misfits in the new India. The Anglo-Indians talk of England as 'home' yet are reluctant to leave for a land they don't know. And the native aristocracy that has absorbed (and been corrupted by?) the western values of its colonial masters lives uneasily in this fledgling socialist democracy. Murari links these two worlds with Gunboat Jack, a spent American boxer who is stranded in Bangalore, where he lives restlessly with the Anglo-Indian community. This is a fascinating tale, powerfully told. THE COURIER-JOURNAL.
-Like filmmaker Jean Cocteau Murari believes every man has his reasons. This is a story of aristocratic cruelty and nobility, of ancient traditions meeting modern exigencies, told so swiftly and well. THE CHARLOTTE NEWS.